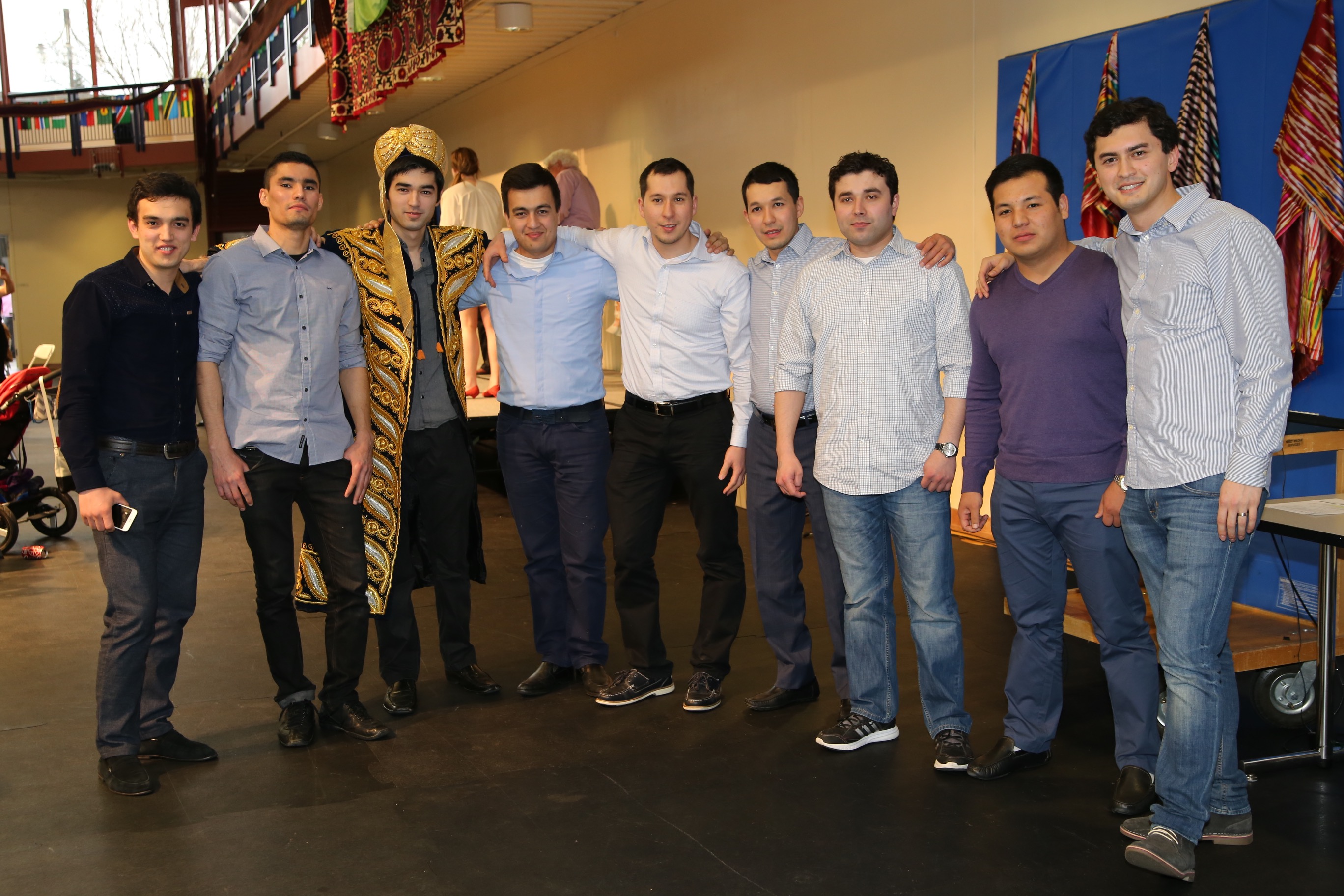 Thank you to everyone who attended our sold-out Navruz 2016 event–it was a huge success! Guests enjoyed a delicious full-course Uzbek meal, including bo’g’irsoq, somsa, and plov, and entertainment provided by the Mystic Rose Dance Company, Galina Kalujina, and the Balanced Path Studio. 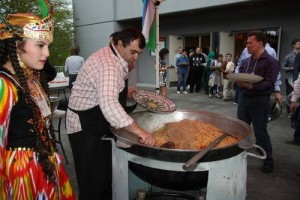 We were especially honored to welcome the Second Secretary of the Uzbek Embassy, Mr. Abdufarrukh Khabirov, and the City of Seattle International Program Coordinator, Ms. Stacy Jehlik, both of whom addressed the audience. Special honors were also given to Professor Ilse Cirtautas, Founding Member and Vice-President of the STSCA, and past STSCA Presidents Dan Peterson, Diana Pearce, and George Wright.

The event also featured a raffle for desirable items, including authentic chapans and a suzanne rug, as well as the ever-popular Uzbek fashion show and diskoteka.

Thank you to everyone who helped make Navruz 2016 a very special event! The STSCA Navruz event is produced entirely by volunteers. They do exceptional work, from cooking traditional Uzbek deserts, salads and entrees and providing entertainment, to setting up tables, chairs, a stage, and setting tables for 400 people, and much more. These talented people deserve a special thank you for making the event so special:

We would be remiss without extending a special thank-you to the event’s sponsors: MacDonald, Hoague & Bayless, and Vitaliy Zak, MD. Thank you for your support!

To see more photos, check out our Navruz 2016 photo album, as well as the photos on our event Facebook page.